While we’d known those last four days we were physically losing him, we’d really been losing him for several years. In early 2012, my dad had been diagnosed with early-onset Alzheimer’s disease. No cure. You just have to wait and watch while your loved one slowly leaves you. It’s not easy. And the earlier they get it, the faster it progresses, until there is nothing left.

The last few months of his life, I was familiar to my dad. He knew my face was familiar. But he couldn’t remember me. I will never forget the last time he actually said my name. Looking back now that was a blessing. 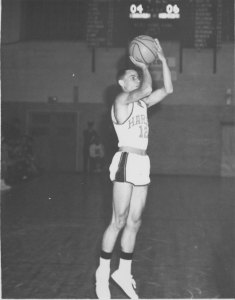 He loved basketball, both as a player and spectator. He played basketball his entire life, and never missed NCAA March Madness.

He loved music – my love of music comes from him. Every time a good song came on, you had to “turn it up.” Pretty soon the music would be deafening, because they were all good songs. My dad and I had a special connection with The Beatles and Neil Young.

He loved his family. He adored his grandsons.

He loved to play cards. His parents taught him, and he taught me. Thanks to my dad I know and love solitaire, Euchre, and Canasta. 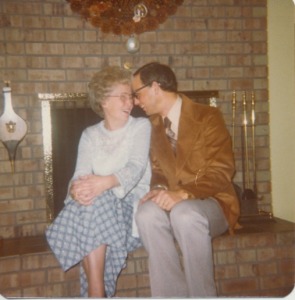 He was funny. He never said no to a good (bad?) pun. He loved Yogi Berra. He had standard one-liners he liked to just throw out in conversation. “Know what I mean, Vern?” was a favorite.

He wasn’t a big reader until he discovered Stephen King. One night he was up late reading It in bed, and got so scared he couldn’t even go back downstairs to let the dogs outside. I didn’t believe that a book could be that scary, and he challenged me to read it. He was right. 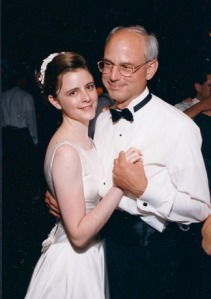 In 1996, I went to Foster City, California (near San Francisco) for a summer internship. My dad was a seasoned traveler; he flew to different places all the time for work. That Memorial Day weekend, my dad flew out with me to get me settled in for the summer. He took me to the City (San Francisco, for all you non-Northern Californians). We rode the cable car. Ate at Fisherman’s Wharf. Visited the Top of the Mark. He introduced me to Ghirardelli chocolate. I had my first Irish Coffee at the Buena Vista. Before he left he made sure my refrigerator was stocked with food and that I knew how to get to the office from my apartment. I cried when he left.

There’s a club. And you can’t be in it until you’re in it.

I used to watch Grey’s Anatomy religiously. (Until she killed off George.) There is one scene that was so powerful I never forgot it. And I’ve thought of it often these last six months. The scene right after George has lost his dad.

“I don’t know how to exist in a world where my dad doesn’t.”

I’ll tell you right now, the Dead Dad’s Club sucks. I hate being a part of this club. But I’m in it. And George brings up a great point. How do you exist in a world where your dad doesn’t? For me it’s only been six months. Sometimes it feels like he’s still here, and other times that he’s been gone much longer.

I’m still learning how to navigate through these uncharted waters. But here’s what I’ve found, six months into this journey.

You remember. You remember the times you enjoyed together. (Often this involves crying. But that’s okay.) And you miss him.

Sitting together on the couch, each reading your own Stephen King novel while sharing a bowl of Cheetos between you. (He liked puffy.)

Falling asleep at night, listening to him pound out Neil Young songs on the piano downstairs as loud as he could, singing along with the music.

His laugh. And his sense of humor.

That weekend together in San Francisco. 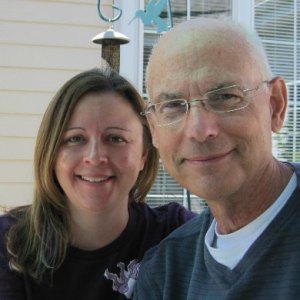 You are thankful. Thankful for the time you did have. It wasn’t enough – would any amount of time ever be enough? But you are thankful you had it.

Thankful for the values of honesty and integrity that he passed on.

Thankful he got to watch my two boys play basketball.

Thankful that of all the people in this world, he was my dad.

You smile. Because not all reminders make you cry.

When Neil Young or The Beatles (or any of the songs he loved) come on the radio. And I turn it up. Because it’s a good song.

When playing Canasta with my husband, while we drink our Irish coffees, knowing that the spirit of my dad is living on in our game.

When my son throws out a line my dad would always say in regular conversation. Like “Don’t you know?” and we smile and answer back (as my dad would expect), “I don’t really know.”

When you know he’d be proud of something you just did.

How do you exist in a world where your dad doesn’t?

You take it one day at a time. You remember. You laugh. You cry. You live.

That’s the whole point of life. To love someone.”

The Black Reckoning by John Stephens 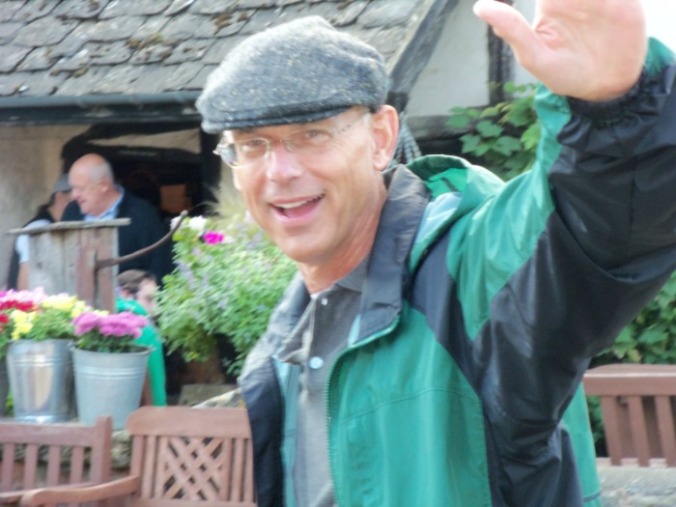 31 thoughts on “How do you live in a world where your dad no longer exists?”

I received a lovely #bookmail surprise - an ARC of A Match Made for Murder by @itwhishaw . This is the latest Lane Winslow mystery (one of my very favorite series!) and will be available in April. Usually these historic mysteries take place in the quaint setting of Kings Cove in British Columbia, but this latest finds Lane in Arizona for her Honeymoon. Can’t wait to see what is in store for Lane and Inspector Darling. And once again, how GORGEOUS is this cover?! Every cover in this series is so beautiful. Many, many thanks to @touchwooded for this ARC. #bookstagram #bookcover #bookcoverart #historicalmystery #mystery #bookrelease2020 #whatareyoureading
Two hours to kill while I wait for my son, so hanging at a favorite coffee shop with my new fabulous #owlcrate reading planner, a dark chocolate mocha and a new (just re-released) true crime read. As a #murderino I couldn’t pass up learning Elizabeth Kendall’s story. Can you imagine what it would be like to find out the love of your life was also a serial killer? I don’t even know how you would begin to cope or reconcile those two polar opposites in your mind. #bookstagram #bookcover #truecrime #whatareyoureading #whatiamreading
So excited to have won an ARC of Pretty Things by @janellebrownie from @goodreads #goodreadsgiveaway I really enjoyed her novel Watch Me Disappear. This one is up next on my TBR list! @randomhouse #bookstagram #bookcovers #thriller #fiction #2020bookreleases
Excited to start my first read of 2020! I’ve been looking forward to starting Love Lettering by @kateclayborn.author . What are you reading to start your year off right? @kensingtonbooks #bookstagram #bookcover #whatareyoureading #contemporaryfiction #lovestory #romcombooks #2020books